Q4 2022 is the best guide to the 2023 housing market
Quick Take:
Note: You can find the charts & graphs for the Big Story at the end of the following section.
A more balanced market in 2023
What happened yesterday has more bearing on today than what happened five years ago, so we’re shortening our lookback window to get a better understanding of what’s to come. This isn’t to say we can’t use history or that it should be dismissed entirely; rather, the pandemic set in motion a series of events that led to a different housing market, a different overall economy, and a different world when compared to pre-pandemic times. So, as many do in the new year, we reflect on the last year and envision what’s to come.
Major U.S. Housing Events 2020 - 2022
2023 Outlook
The economic factors are mixed, suggesting that the market is balancing out. Demand had nowhere to go but down after the rise in interest rates and the buying frenzy between 2020 and 2021. (The average homeowner stays in their home for about eight years.) The supply of homes is still about 20% below pre-pandemic levels, so the drop in demand brought the market closer to balance. In 2023, we expect a return to seasonal trends — price and inventory growth in the first half of the year and contraction in the back half — but at relatively lower levels, meaning fewer new listings and fewer sales overall.
The U.S. housing market has certainly shifted throughout the year, and we must recognize the current conditions homebuyers and sellers face. Of course, different regions vary from the broad national trends, so we’ve included a Local Lowdown below to provide you with in-depth coverage of your area. As always, we will continue to monitor the housing and economic markets to best guide you in buying or selling your home.

Quick Take:
Note: You can find the charts/graphs for the Local Lowdown at the end of this section.
New year, old normal
As we mentioned in the Big Story, the market has cooled for both buyers and sellers, largely because of higher interest rates. As we enter the new year, the market feels familiar — but from the era before 2020. Demand in the North Bay is evergreen, so we aren’t worried about matching buyers and sellers. That said, sellers likely won’t be getting multiple offers the second the home hits the market again anytime soon. To make a long story short, there is definitely less stress on the buying side of the market. Prices will most likely increase in 2023, but at a more modest rate of around 5-6%, which makes for a much healthier market than what occurred over the past three years. Single-family home and condo prices increased over the past two years, even with the declines from the peaks reached in 2022, with the exception of Marin condo prices, which are lower than they were in 2020. Without any signs of interest rates dropping, we’re entering a stage of slower, longer-term growth.
More new listings should come to the market in the first quarter
When we look at single-family home inventory levels for 2021 and 2022 side by side, it’s immediately apparent that inventory levels in any given month were fairly similar, but 2022 inventory was slightly lower than 2021. The 2021 market was defined by the high demand and high number of new listings, which helped drive a huge number of sales. New listings and sales rose and fell in tandem, but sales significantly outpaced new listings at the end of 2021, which dropped inventory to an all-time low. In 2022, however, far fewer listings came to market, especially in the second half of the year. Fewer homes and the rising rate environment dropped demand, bringing the market closer to balanced between buyers and sellers, but the sharp decline in new listings and steady sales reversed that trend in December. The condo market had a simpler story in that fewer new listings came to market without a proportional decline in sales, so inventory remained low. This year, we expect the housing market to look a lot more like 2022 than 2021.
Months of Supply Inventory implies a sellers’ market
Months of Supply Inventory (MSI) quantifies the supply/demand relationship by measuring how many months it would take for all current homes listed on the market to sell at the current rate of sales. The long-term average MSI is around three months in California, which indicates a balanced market. An MSI lower than three indicates that there are more buyers than sellers on the market (meaning it’s a sellers’ market), while a higher MSI indicates there are more sellers than buyers (meaning it’s a buyers’ market). MSI has trended higher since spring 2022 but has yet to reach three months of supply, indicating the North Bay is still in a sellers’ market. Despite the changing economic environment, we are comfortable saying that the market will still favor sellers for at least the first quarter of 2023. 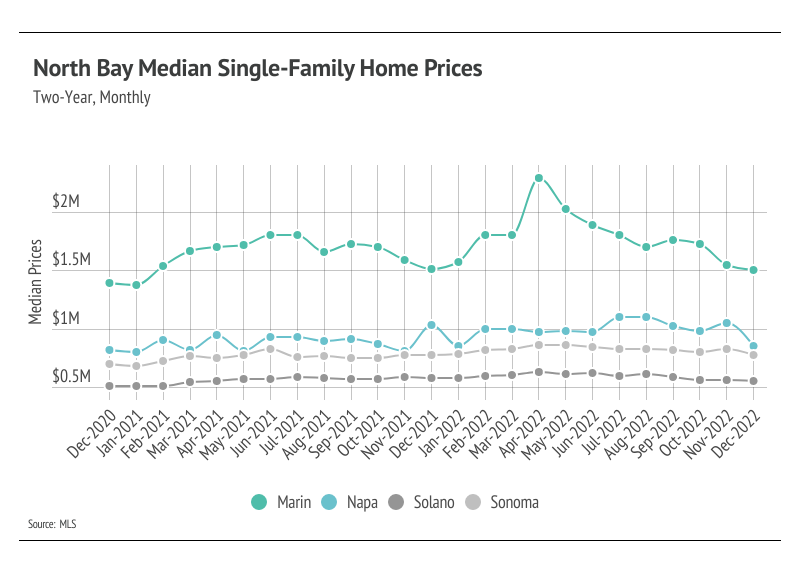 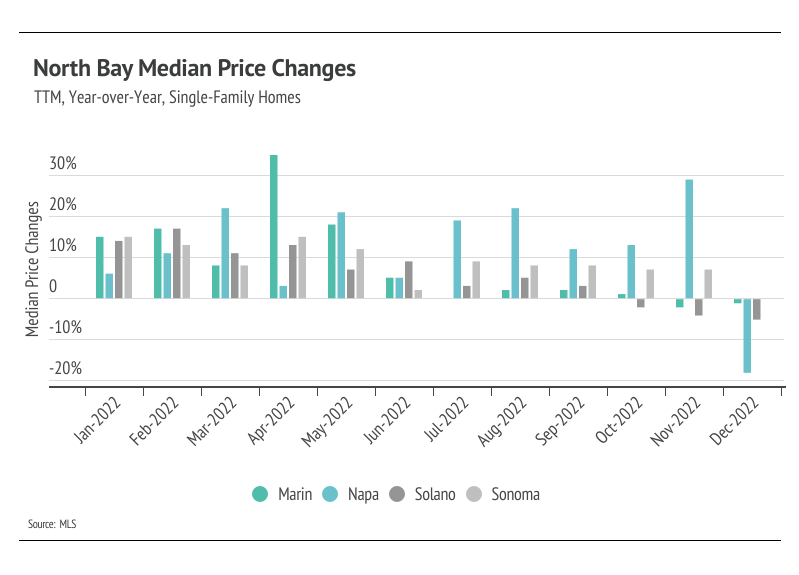 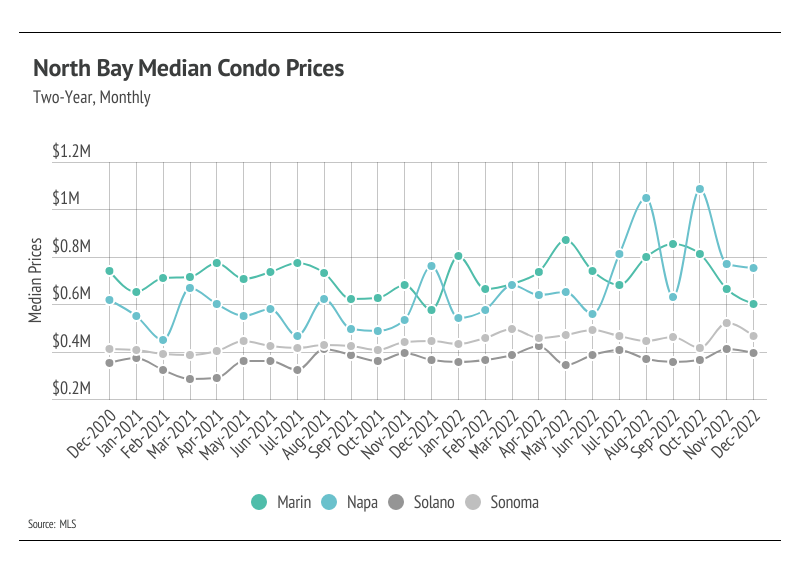 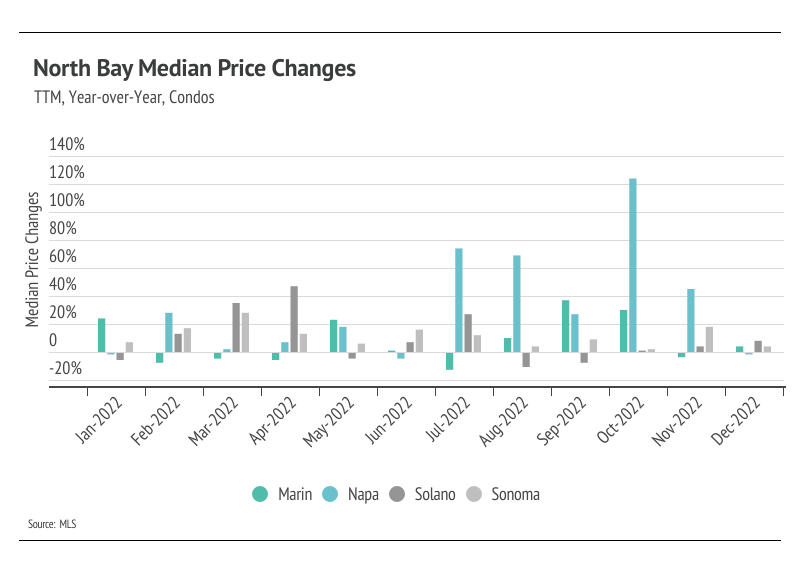 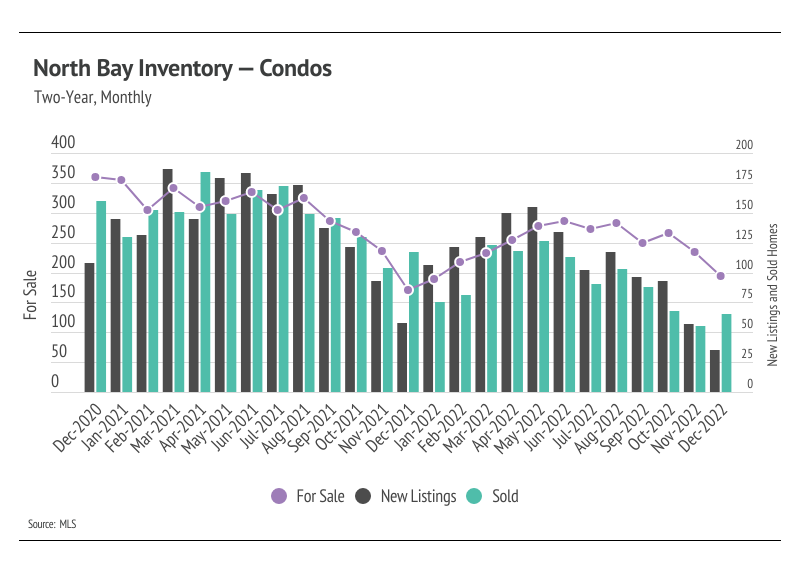 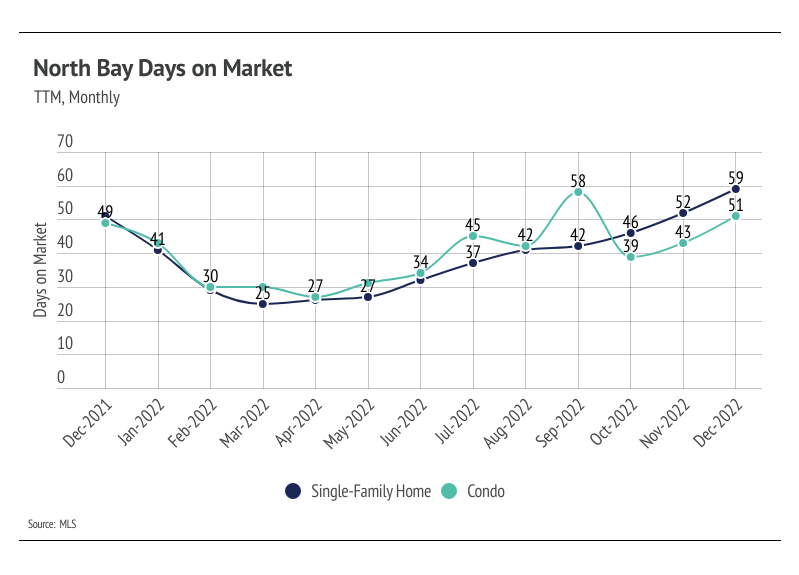 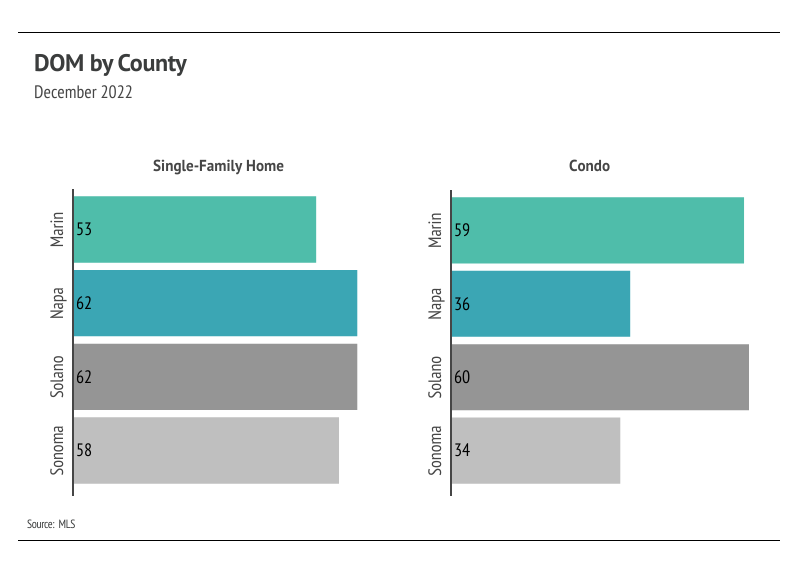 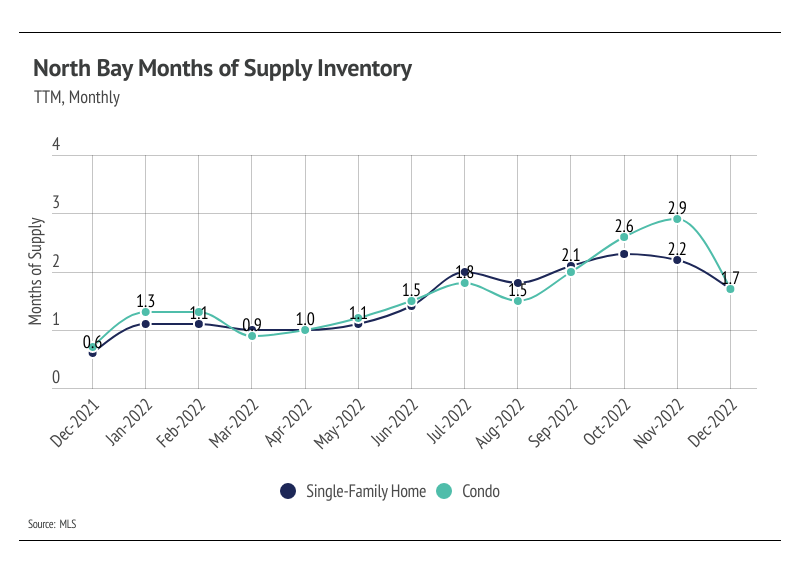 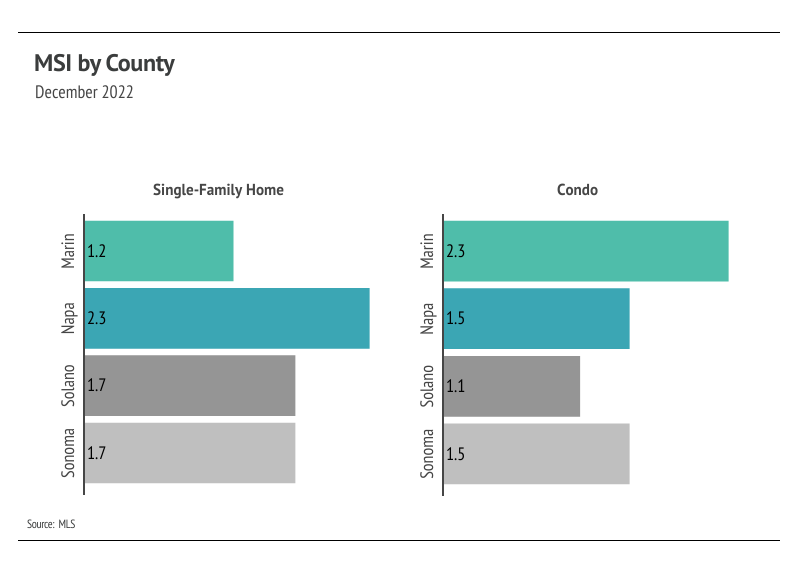 Our team is committed to continuing to serve all your real estate needs while incorporating safety protocol to protect all of our loved ones.
In addition, as your local real estate experts, we feel it’s our duty to give you, our valued client, all the information you need to better understand our local real estate market. Whether you’re buying or selling, we want to make sure you have the best, most pertinent information, so we’ve put together this monthly analysis breaking down specifics about the market.
As we all navigate this together, please don’t hesitate to reach out to us with any questions or concerns. We’re here to support you.

Stay up to date on the latest real estate trends.

How much do you really know about real estate? Take this quiz

Competition for buyers has decreased as the mix of holidays and higher interest rates dampen demand. Fewer buyers, however, means more opportunities to find the right … Read more

Competition for buyers has decreased as the mix of holidays and higher interest rates dampen demand. Fewer buyers, however, means more opportunities to find the right … Read more

You’ve got questions and we can’t wait to answer them.